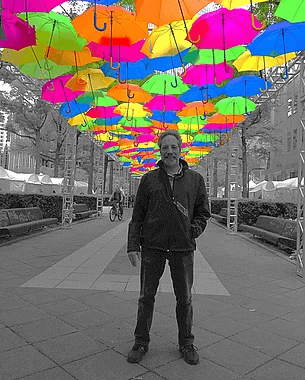 Talented professional caricaturist, comic book illustrator, and Pittsburgh resident Howard Bender will be creating caricatures for attendees at the Pittsburgh Business Show on April 25 and 26, 2018. His black-and-white or color caricatures of attendees will be available for purchase for a nominal fee during the Show, and he will also provide compliment

ary caricatures for attendees at the Celebrate Pittsburgh Networking event on April 25.

Howard is an experienced caricaturist and is also a professional comic book illustrator who has worked for Marvel, DC, Disney, and Archie, drawing characters and titles that include Superman, Spider-Man, The Legion of Super-Heroes, Silverhawks, Ghostbusters, Casper, Richie Rich and many others. He also creates and draws his own original characters and titles.

He makes appearances at comic book shows and conventions, turning ordinary people into their own super heroes. He has also drawn caricatures at large events like the Three Rivers Arts Festival.

“I’m looking forward to meeting the Show attendees and creating caricatures for them. It’s also a great opportunity to talk to everyone abo

ut my business, which caters to companies who are looking for entertainment for events or employee incentives. The Pittsburgh Business Show is providing many business owners the chance to meet with others in the community,” says Howard.

In addition to conventions and events, Howard is available for corporate events, parties, special occasions, and festivals.

Those interested in attending the Show and participating in the networking events and presentations can receive two-day discounted tickets.